In response to positive feedback from the Exploratory Project, one of my action points for this unit is to take more photographs to support my practice. Unfortunately my yellow cardiganed model from before has moved to Australia so the challenge is to find new characters and sources of inspiration to document and add to my recipe book of images.
I am interested in incorporating birds and animals, partly as symbols, largely as another dimension to triangulate and add context to my compositions. Previously, my work has been critiqued as being 'decorative' so it is important for me to reference real, three-dimensional creatures to ensure that they are believable. 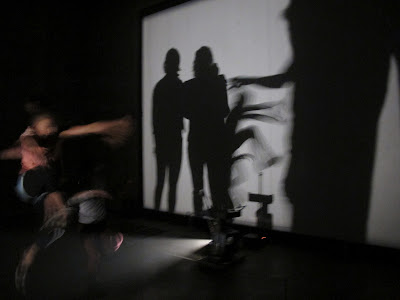 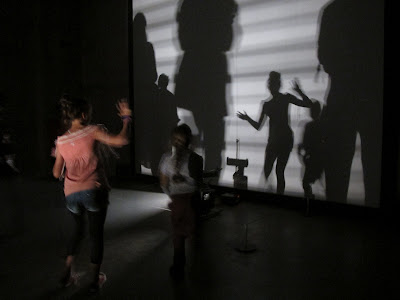 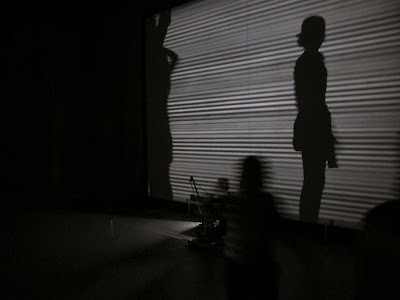 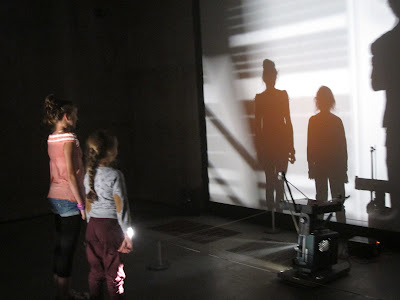 I have always had a fascination with Peter Pan - playful, fantasy, childlike - and his shadow - fleeting, free, unstuck (also linking to some of Francesca Woodman's photography). On my second visit to Tate 'The Tanks', I explored this notion of shadow with the kids in Lis Rhodes' 'Light Music'. The space was immersive and playful, the children less self-conscious than myself as they bounded in front of the projectors. Sometimes they seemed to disappear, sometimes their shadow was caught but only as a trace, sometimes their blurred forms emerged in the foreground of the photo.
http://www.tate.org.uk/whats-on/tate-modern-tanks/display/lis-rhodes-light-music


Very early on, I tried working with found images and photographs. My intention was to create 3D paper mache heads (which I did), photograph them, then collage on top. However, I made my studio investigation much more focused and specific so didn't develop this idea as it didn't seem relevant. However, through some simple experiments, I did discover some compositional devices which I used to construct my paintings. This included juxtaposing scale, distortion of the face/body, and using triangular composition to keep the viewer's eye within the image. 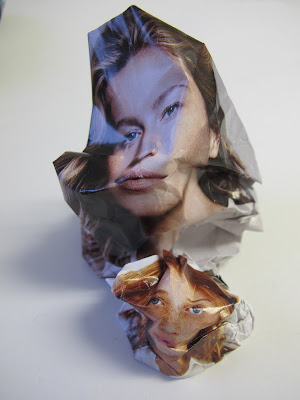 Impact of photography on my practice

I use photography to collate images hich I then manipulate through collage and drawing to develop compositions to work from on a bigger scale. I find that there is more attraction and reference points for me in photography and have considered extensively how this relates to my painting practice. Through discussion, particularly with the tutors, and attending a talk about painting at the Walker Art Gallery, I have established a number of ideas which define the link...